Blake Lively’s Velvet Suit Is Giving All The Fall Feels 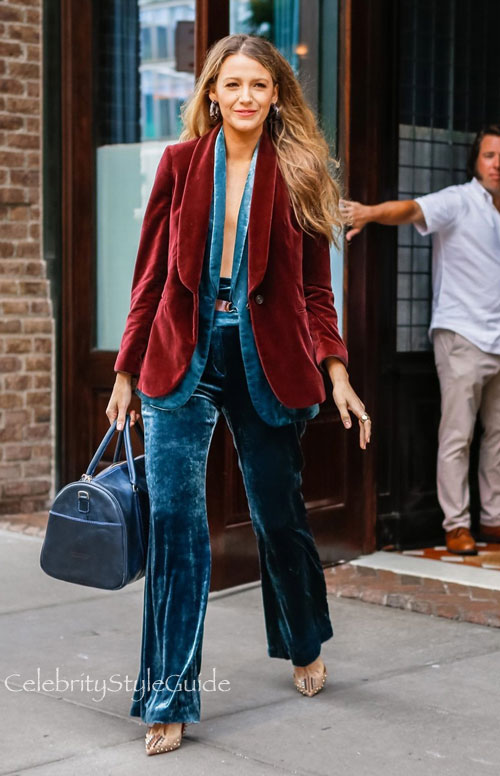 No Top? No Problem Blake Lively loves a major street style moment, often treating the sidewalk as her own personal runway. Currently in New York to promote her upcoming film 'A Simple Favor', the actress threw on a particularly snazzy look, suiting up with not one, but two, blazers despite the humid conditions when she stepped out in the city today. Her summer styling hack? Leave the top at home.

Lively's top layer, a burgundy velvet dinner jacket, recalled the Tom Ford for Gucci velvet suit worn by Gwyneth Paltrow at the MTV VMAs in 1996. The single-button jacket was the ideal complement to softly tailored buttonless piece in teal that she wore underneath with coordinating high-waisted pants. As for accessories, studded T-strap heels from Christian Louboutin, a streamlined duffle bag in midnight blue, and oversize hoop earrings made for just the right trimmings.
Shop the Post